Stop Seeking Solutions from the Originators of the Problem! 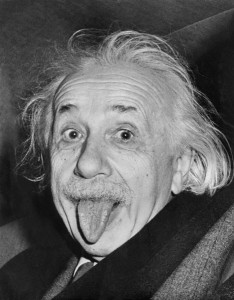 If you’ve worked with Return on Focus in the past, you’ve likely seen our cheeky play on the Albert Einstein definition of insanity – doing the same thing over and over again and expecting different results. We believe wholeheartedly that this definition applies to marketing based on a phenomenon that we see over and over – Clients going back to the same vendors that provided previously poor outcomes and expecting improved results.

Let me provide an example.

A biopharma Client recently launched a new product to sub-optimal results. An internal post-mortem following the launch identified that an overly broad, undifferentiated brand positioning was the culprit. This finding resulted in the Client engaging in a repositioning assignment. Who did they hire?

Turns out they hired the same company that developed the original positioning. Say again.

Yes, the logic applied here was that the folks who developed the original launch positioning and supporting rationale would be in the ‘ideal’ position to re-engineer the brand positioning for success. In other words, they sought the ‘solution’ from those who created the problematic situation they now found themselves in.

This is just one example of the marketing insanity that ROF diagnoses and attempts to treat every day, but this illustration could have also been for launch strategy, DTC marketing, or physician targeting.

So, if you find yourself in a similar predicament, ask yourself a few questions before you decide how best to resolve it:

In our experience, the solution rarely lies with the originators of the problem. While it may be expedient to hire the same organization, employ the same process, and/or rely on the same group of individuals to tackle the issue at hand again, it’s highly unlikely that the outcome will change.

This is why Einstein’s quote still remains true to this day – doing the same things over and over again and expecting different results is a form of insanity. Choose sanity next time and give us a call.